Light: Light has photons as particles but travels like a wave so it shows the dual characteristics. Meaning it can show both characteristic... 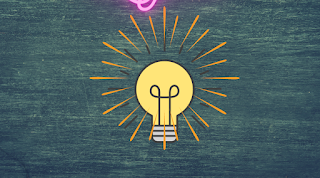 Light has photons as particles but travels like a wave so it shows the dual characteristics. Meaning it can show both characteristics of being a particle as well as a wave.

Light is made up of Photons:

They are basically a packet of energy.

They are also the quantum (as in the very basics) of electromagnetic energy.

Just a random fact: The most energetic photons are Y-ray also known as gamma-ray photons.

When it comes to light, the equation we have to know is:

Now, the energy of photons are directly proportional to the frequency of electromagnetic radiation, So;

E is directly proportional to f ---- equation I

This tells us that, less the wavelength more the energy.

Example: X-ray has short-wavelength so it is more energetic in comparison to visible light.

1 Ev is energy transferred when 1 electron travels through the potential difference of 1 Volt.

Likewise, if 5 electrons were to move through a potential difference of 10 volts 50 eV energy is transferred.