The Photoelectric Effect: This is also known as a light-electric effect. The process simplified is as follow: - Light shines on a meta... 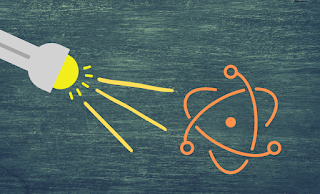 This is also known as a light-electric effect. The process simplified is as follow:

- Light shines on a metal surface, it releases electrons.

Minimum frequency required to release an electron from a metal.

In an atom, electrons are on the constant move if a moving electron that has K.E = K.E (max) is hit by the photon, only then the electron is released.

When the energy is given is less than the threshold frequency, the K.E is dissipated to an electron. This electron does not escape and returns to the electron dump, so the KE is dissipated in the dump. Thus, the metal warms up.

1. Electrons on the surface are removed

2. One to one interaction takes place (between photon and moving out electron)

3. to overthrow an electron, the photon must carry energy which is greater or equal to the threshold energy

4. When the intensity of photon is increased, experiment remains unchanged as it only increases the rate at which photon meets the electron.

Dispersion: It is the technical terms for splitting light into components.

Each element gives up a special spectrum, so we can find the spectrum of that element and find out what it is made up of.

Atoms of a given element can only emit or absorb light of certain wavelength.

1. Light has photons, these photons gives energy to electrons of an atom

2. These electrons gain energy, from photons, once they are charge, they release energy.

3. Certain electrons loose energy in a certain limit, so each electron of an atom gives up its own unique kind of light.

When the electron makes a transition to a lower energy level. The loss of energy of electron leads to emission of single-photon of light.

If transition if from a higher energy level, more energetic photons are released. As there is a limitation of shells. There is only certain emission line spectrum in the spectrum of a particular atom.

Here, the photon energy is absorbed to electrons, and electrons move on to higher sub-shell, meanwhile, they gain energy from photons, absorbing a particular wavelength.