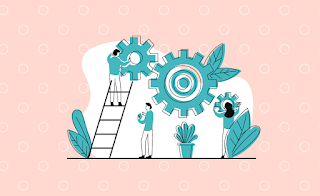 Functionalism: Also known as order perspective, system theory or structural functionalism. It falls under macro approach of sociology. It is the theory that all aspects of a society survive a function and are necessary for the survival of that society.

In sociology, there are deviance as well.

Deviant:- A person who do not conform to the norms and values of the society.

Emil Durkheim: He talks about the concept of a (concern) of value consensus. Value consensus leads to social order.

A. Raddiffle Brown: He observed pre-industrial societies and believed that social activity, if it was recurrent, it must be functional to the working of that community.

Explains through the concept of ‘Organic Analogy’

You can see a human body growing but it is difficult to see a society growing.

1. Manifest: The inteteded action of a social institution is called manifest function.

2. latent: The unintended action of a social institution is called latent function.

The organic analogy compared the different parts of a society to the organs of living organism.

The philosophical position theory that for every event there exist conditions that could cause no other event.

Value consensus is a general agreement about the share norms and values of the society.

Things that must happen if society is to function properly.

Functionalist are criticized for being overly determinist.

Marnist believe that functionalism only talks about consensus and tend to ignore conflict.

According to Karl Marx,

(Marx = “State is an instrument/ weapon of the ruling class)