Real Numbers Real numbers are defined as the representation of the numbers in the fractional part. While writing down the number in real l... 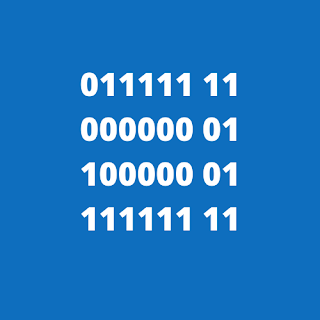 Real numbers are defined as the representation of the numbers in the fractional part. While writing down the number in real life, we can use the denary system to write down the real numbers as well. In the case of long numbers, it can be expressed in exponential notation (also known as scientific notation). For example, 43.7 can be expressed as;

It can be expressed in the following way;

In this equation, the + M stands for mantissa or significant. Remainder bit of the fractional part in real number is for exponent (E). Whereas, R is not stored, it’s only implicit value of 2.

Some of the largest and smallest values are represented in the table below. The bits implies the position of the binary point.

In this representation, the exponent is stored as a signed integer whereas the mantissa is stored in fixed-point real value.

In the table below, two of the option for the mantissa being expressed in four bits

Table: 1.2 Defining value for a fixed-point representation of the real value in eight bits (four for the mantissa and four for the exponent)

mantissa with an implied binary point immediately follows the sign bit produces smaller spacing between the values that can be represented.

When the mantissa is implied with binary points, the resulted sign is smaller. The space between the values is smaller, thus floating-point representation can be used. Some of the important, non-zero values are presented in the table below. Mantissa and exponent in binary code is distinguished through gap.

In comparison of two tables, 1.1 & 1.2, floating-point representation can be used to express real numbers with a smaller range and larger range values.